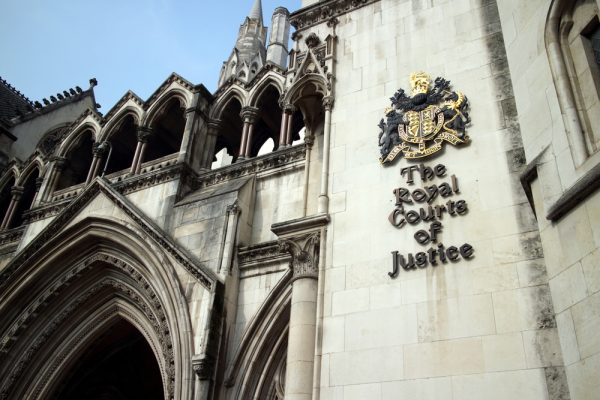 In The Chartered Institute of Arbitrators v B & Ors [2019] EWHC 460 (Comm) the English Commercial High Court considered the issue of whether and how to exercise its discretion to grant permission for copies of the records of the arbitral proceedings to a non-party claiming a legitimate interest in disclosure of such documents. While allowing the access to such documents to the non-party, the Court discussed the landmark cases of Cape Intermediate Holdings Ltd v Dring [2018] EWCA Civ 795 and Glidepath BV v Thompson [2005] EWHC 818 (Comm). Detailed case analysis given below:

C & D underwent arbitration and latter applied to The Chartered Institute of Arbitrators (CIArb) for appointment of an arbitrator. As a sequitur, CIArb appointed an arbitrator, B. Later C filed an application under Section 24(1)(a) of the English Arbitration Act, 1996 for the removal of B on the grounds that circumstances gave rise to justifiable doubts as to his impartiality. On this application, the Court ruled that their existed real possibility of apparent bias on the part of B. Following this ruling, B resigned. However, CIArb held disciplinary proceedings against B following a complaint from a third party and filed an application under the CPR 5.4C (2) before the English Commercial High Court to obtain certain documents which were part of the proceedings filed by C under Section 24(1)(a) of the English Arbitration Act. This application was decided by the Court in the present proceedings.

Section 24(1)(a) of the English Arbitration Act

“24 Power of court to remove arbitrator

(1) A party to arbitral proceedings may (upon notice to the other parties, to the arbitrator concerned and to any other arbitrator) apply to the court to remove an arbitrator on any of the following grounds—

(a) that circumstances exist that give rise to justifiable doubts as to his impartiality;”

(b) a judgment or order given or made in public (whether made at a hearing or without a hearing), subject to paragraph (1B).

(2) A non-party may, if the court gives permission, obtain from the records of the court a copy of any other document filed by a party, or communication between the court and a party or another person.

(d) judgment has been entered in the claim.”

“(1) A person wishing to obtain a copy of a document under rule 5.4B or rule 5.4C must pay any prescribed fee and –

(a) if the court’s permission is required, file an application notice in accordance with Part 23; or

The state of law on the issue is set out by the English Court of Appeal in Cape Intermediate Holdings Ltd v Dring [2018] EWCA Civ 795. The case concerned an application by a pressure group involved in lobbying and promoting asbestos knowledge and safety, for access to all documents used or disclosed in the trial of claims relating to damages for mesothelioma victims.  Having carried out a comprehensive review of the authorities on inherent jurisdiction, Hamblen LJ, with whom the other members of the Court agreed, summarised the position at [112] as follows:

“(1) There is no inherent jurisdiction to allow non-parties inspection of:

(ii) documents which have referred to in skeleton arguments/written submissions, witness statements, experts’ reports or in open court simply on the basis that they have been so referred to.

(2) There is inherent jurisdiction to allow non-parties inspection of:

(i) Witness statements of witnesses, including experts, whose evidence stands as evidence in chief and which would have been available for inspection during the course of the trial under CPR 32.13.

(iii) Skeleton arguments/written submissions or similar advocate’s documents read by the court provided that there is an effective public hearing in which the documents are deployed.

(iv) Any specific document or documents which it is necessary for a non-party to inspect in order to meet the principle of open justice.”

This case involved an application by a non-party for copies of documents of a court record and the stay of court proceedings pursuant to Section 9 of the English Arbitration Act, 1996 and the applicant was not a party to the arbitration agreement.

The applicant wished to have access to the particulars of claim, notices of application, for the freezing injunctions, as well as the respective orders. He also, sought access to all other applications, made before the respective proceedings, which had been stayed, and to any witness statements that had been filed before the Court, as he claimed that the documents would assist him in his claim in an employment tribunal. The defendants, resisted the application and argued that all the classes of documents covered under the application were confidential to the parties to the arbitration and the claimants had wrongly resorted to the courts, instead of referring the disputes to arbitration and accordingly as regards a non party the court should protect the confidentiality of the arbitral procedure by declining to permit any of the documents disclosed. The applicant argued that the court should not decline to permit access on the grounds of confidentiality. The confidentiality which would otherwise attach to the documents had they been ordered in the course of an arbitration, had to yield to the public interest in access to them, in so far as they had been engendered prior to the stay of proceedings.

The Court also stated that on the facts of that case the applicant failed to establish that access to the documents in question was reasonably necessary to protect or establish the legal rights which he sought to enforce in the proceedings before the employment tribunal or otherwise in the interest of justice. Accordingly, the applicant failed to bring himself within either of those threshold exceptions to the confidentiality rule.

It was also stated that following Ali Shipping Corporation v Shipyard Trogir [1999] 1 WLR 314 arbitration proceedings and materials produced in the course of them are treated as confidential to the parties and the arbitrator subject to certain exceptions such as disclosure by leave or order of the court, which may be given when and to the extent that it is reasonably necessary to protect or establish the legal rights of a party to the arbitration by a third party or otherwise in the interests of justice and that there exists no authority for the proposition that a third party could outside the ambit of disclosure by a party to an arbitration obtain an order from the court for access to materials in an arbitration to which he is not a party so as to deploy them as evidence in other proceedings in which he would be a party. (Confidentiality in International Commercial Arbitration: A Comparative Analysis of the position under English, US, German and French Law by Kyriaki Noussia page 88-89)

The authority of law in Glidepath BV was affirmed by Singapore High Court in AAY and others v AAZ [2011] 1 SLR 1093 wherein the Court observed that where parties did not expressly specify the private and/or confidential nature of the arbitration, the obligation of confidentiality in arbitration would apply as a default rule. This obligation was a doctrine of arbitration law developed through the common law in England and Singapore. The position in other jurisdictions (such as Australia and the United States) may differ: at [55].

In considering exceptions to the general obligation of confidentiality, courts would usually begin with the established categories in the case law such as disclosure (a) by express or implied consent, (b) by order or leave of court, (c) as reasonably necessity for the protection of the legitimate interest of an arbitration party, (d) as a requirement of the interests of justice and (e) as a requirement of public interest. In so considering the courts would take into account the context and circumstances of the case, including the nature of the documents to be disclosed, to whom disclosure was sought to be made and the purpose of disclosure: at [64].