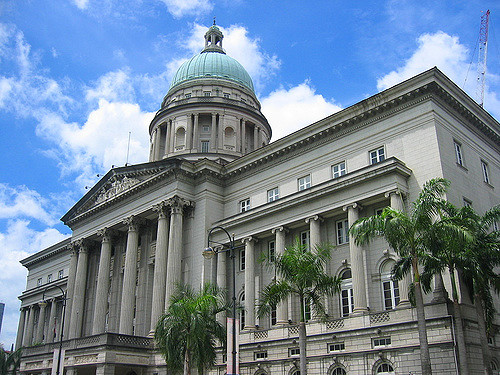 In BVU v BVX [2019] SGHC 69, the Singapore High Court dealt with the issue of whether, after the conclusion of arbitration and the issuance of the final award, the successful party’s decision not to call certain witnesses to give evidence and disclose certain internal documents, which it did not view as being relevant to its case in the arbitration, render the award that was issued by the tribunal liable to be set aside on grounds of fraud or public policy.

The Singapore High Court observed that in order for the non-disclosure or suppression of evidence to warrant the setting aside of the award, three requirements have to be satisfied i.e. deliberate concealment aimed at deceiving the arbitral tribunal, a causative link between such deliberate concealment and the decision in favour of the concealing party and no good reason for such non-disclosure. Since none of these requirements were met in the present case, the Court refused to set aside the award. Detailed case analysis given below:

The Purchaser and Supplier entered into a long-term agreement for the supply of food products. Dispute arose amongst the parties and the Supplier commenced the ICC arbitration seated in Singapore as per the arbitration clause contained in the Agreement governed by the Rules of the Vienna Convention on Contracts for the International Sale of Goods (CISG).

During the arbitration, the Purchaser relied on only one witness as he believed that the specific wordings of the Agreement are clear and recourse to extrinsic evidence to interpret the Agreement was therefore unnecessary.

After the award was passed, the Supplier approached [E], along with other employees whom the Purchaser had declined to call as witnesses in the proceedings in the hope that these individuals would give evidence to aid the Supplier in setting aside the Award. Thereafter, [E] agreed with Supplier and filed an affidavit in support of the Supplier’s application. He claimed to have intimate knowledge of the Purchaser’s efforts in respect of the Agreement.

A subpoena was also issued by Supplier to [E] for the production of certain documents which was subsequently sought to be set aside by the Purchaser. The applications to set aside the award and the subpoena were heard concurrently by the Singapore High Court in the present proceedings.

The Supplier relied on two grounds to set aside the award:

In light of Dongwoo Mann+Hummel Co Ltd v Mann+Hummel GmbH [2008] 3 SLR(R) 871 and Swiss Singapore Overseas Enterprises Pte Ltd v Exim Rajathi India Pvt Ltd [2010] 1 SLR 573, the High Court observed that in order for the non-disclosure or suppression of evidence to warrant the setting aside of the award, three requirements have to be satisfied which are:

On the issue of whether there was deliberate concealment aimed at deceiving the Tribunal, the Court held in negative on following levels:

On the question of whether there was a good reason for the non-disclosure, the Court held that Purchaser’s decision (i.e. the decision not to call factual witnesses aside from [B]) behind non-disclosure was a legitimate approach that was grounded on the principles of contractual interpretation under the CISG. In other words, there was good reason for the decision not to call the three employees as witnesses.

The Court also rejected the Supplier’s subpoena to produce the Purchaser’s internal documents because:

In this case, the Singapore High Court endorsed the English approach while deciding whether an award is procured by fraud which in turn examine awards through the lens of the English Arbitration Act 1996 in particular, Section 68(2)(g), which refers to “the award being obtained by fraud or the award or the way in which it was procured being contrary to public policy” as one composite category of serious irregularity that could render the award liable to be set aside. The Court also reinforces that a high threshold has to be met for an award to be set aside for fraud or contravention of public policy in Singapore.

The case also emphasizes that the disclosure obligations of the party in an arbitration are not as wide as those in common law jurisdiction court proceedings, where there is generally a continuing obligation to disclose documents relevant and material to the case, including documents which have the potential to adversely affect the party’s own case or support the other party’s case.